I was delighted and honoured to be asked by Vanessa Warwick of Property Tribes to contribute to their January 2013 campaign “31 Days of Property Inspiration“. As part of my story, I spoke of ten lessons in property that David and I have learned over the years. There are probably a lot more than ten, but this is at least a starting point.

Musing on the lessons, I thought it might be helpful to go into them – and perhaps introduce a few more – in a bit more detail over the weeks that follow.

So without further ado, let us begin.

A few months after buying my first flat in Cardiff at the age of 22, I took in two young female student tenants. Without realising it, I had become a resident landlord (or landlady). 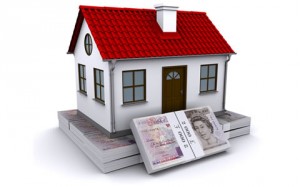 This makes me sound as though I had some financial acuity. Sadly, not quite true. A friend had asked whether I would consider letting out my spare bedroom to her sister and friend who were coming up to the local college. I had reservations as I really loved the freedom of living life in my own home after flatsharing for two years. However, I decided to say yes, realising that the extra income would be very helpful indeed.

There is no doubt that having extra money was fantastic. I began to feel quite well off and managed to afford a holiday (the first since starting work a couple of years earlier). And on the whole the girls were lovely – no problems, not too much mess and very polite. Apart from one over-the-top phone bill, we got on fine.

My Own Space is Sacred

There was just one thing that niggled me. At heart, I can be a bit of a loner and like my own space. In fact, I like my own space very much indeed and if left to my own devices can go for days and days without seeing anyone. At the time, I had begun to take on more responsibility at work and was frequently working longer hours, coming home very tired later in the evening. All I wanted to do was flop with a snack and a book or the TV for an hour or so, then go to bed. The girls, being students, had a stamina of iron, were lively and chatty in the evening and had often commandeered the lounge, music and TV before I got in. And they could sleep on the in morning.

Surly old me went from willing landlord to rather reluctant, grumpy landlord. When I started to ‘not look forward’ to going home, it was time to talk. I dreaded it. But as it turned out, as it was coming up to the end of the first term they were happy and willing to move out so they could be closer to friends they had made.

There is a popular notion that more money gets you more freedom. However, it does depend on how you make that money. At this point, being young and in a new job that I really enjoyed, I had much more freedom from paid employment than by letting a room in my flat. Perhaps it would have been easier with just one tenant. Who knows? (Or cares, for that matter, as it’s so long ago …)

Things are different now of course. Over the years, different priorities have come along and it became more difficult to remain committed to jobs I liked, or less important to hang on to the ones I didn’t like. Now, being a landlord is our main way of making a living and crucial to both our tenants’ and our well-being.

But not in my home. My home remains my own and my family’s space.

Our last house was big enough that we could have considered letting out rooms; tenants would have had their own kitchen, bathroom and living space, so the experience would have been much more acceptable. But we never got around to it.

So here we have …

Lesson #1: Some things are more important than money.

In my case, it’s my space at home.

What is more important than money to you?